Dario Jr.'s birthday was on the 15th, but he chose not to have a big birthday party. He said he's rather just take a couple of his closest friends and go to Texas Jumping Beans, which is a place they have all sorts of inflatable jumpy things like this: 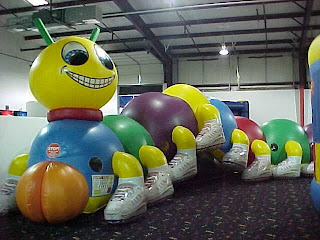 After putting this little get-together off for 2 weeks, one because of scheduling conflicts and the other because Dario came down with strep throat, we finally got to go. Dario and his friends had a great time jumping and chasing each other around. And we got really lucky that day because the owner's wife came in and did free face painting.
Dario wanted to be a skeleton. 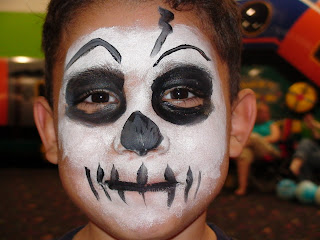 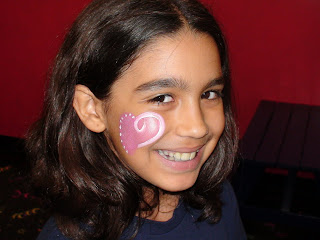 The kids actually jumped for about 3 1/2 hours! Then we left to get pizza. I thought I'd pick up pizza at Little Caesar's since they are supposed to have them "hot and ready". That didn't work out quite as planned however. There were a bunch of morons working there and they had an entire warmer FULL of pizza, but handed out none until they had at least 10 orders backed up, because they took too many orders and got mixed up. Then when they finally came down the line and I was next, they skipped me and served the next 4 people before I demanded to see the manager. So we got our pizza in after about 45 minutes. The kids were starving and hot. But all was well once we got home. The boys ate and played around a little. 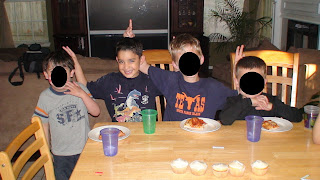 Then we had Dario blow out 6 candles on 6 separate cupcakes. No trick candles this time. 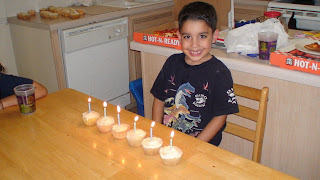 After all that, Dario opened gifts and the boys all took turns playing with the new toys. It went great and Dario and the other kids had a wonderful day.