No longer a bumbling toothfairy trainee

After approximately 5 years of training (my best guess as to when Gabby started losing teeth), I think I'm finally starting to get this down. Dario Jr. lost yet another tooth. I begged him to try to keep it in just long enough for family pictures, (4! missing teeth, looks like someone punched him in the mouth!), but he gave me some bunk 5 year old excuse about his gums giving out and yada yada yada. Whatever. Always thinking of himself. Hurumph! 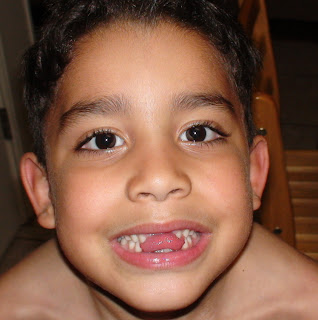 Anyway, as I was saying. Thanks to the intensive 4 teeth in a row training I've gotten as of late, I'm starting to work out a system. We're now leaving the tooth smack dab in the middle of the kitchen island where I won't forget, and we're also putting it in water that has food coloring in it so I won't drink it. 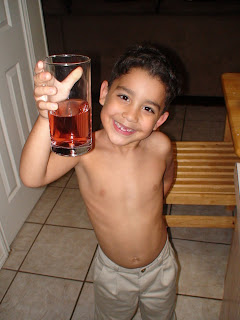 When Dario woke up there were 4 shiny quarters at the bottom of the glass, and all was well in the world. Hoo-RAY for me.
Posted by Sheyenne at 9:50 PM

Way to go Mom! You rock and are oh so smart!